Follow along as Kenton explores the Karakoram's highest peaks

A few days ago we received a text message from our lead guide and founder, Kenton Cool. He sent us a GPS tracking link and low and behold when we clicked on it, we could see exactly where he was, making his way up the Baltoro glacier in the Karakoram Range of Pakistan. As you do. Where could he possibly be heading? The tracker seems to be going towards K2…

Pakistan, and its border with China, is home to 5 of the 14 8 thousand metre peaks. One of the peaks is K2, the second highest mountain in the world after Everest, standing tallest at 8,611m at the base of the Godwin-Austen Glacier. It is a colossal mountain and the steep faces on each side allow no easy route to the summit.

The summit of K2 was reached for the first time by the Italian climbers Lino Lacedelli and Achille Compagnoni, on the 1954 Italian Expedition led by Ardito Desio just one year after Everest was first climbed. 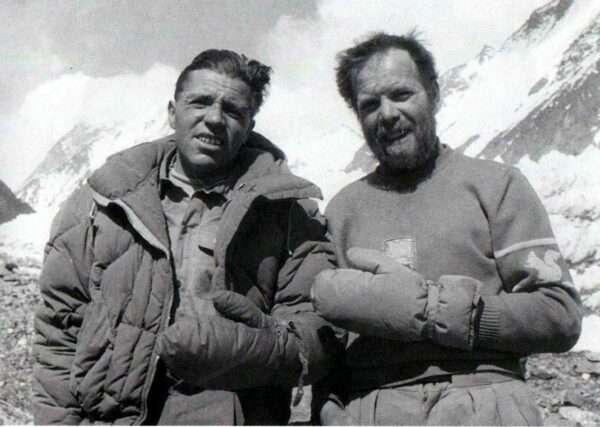 Compagnoni and Lacedelli with frostbitten fingers in 1954 after summiting

K2 has always been known as the ‘savage mountain’ ever since George Bell—a climber on the 1953 American Expedition told reporters, “It’s a savage mountain that tries to kill you.”

The weather is colder and more unstable in the Karakoram than other regions of the Himalaya, due to its location being farther north. This is one of the reasons it had never been climbed in winter until earlier this year on January 16th 2021. The first winter ascent summiting group consisted entirely of indigenous climbers from Nepal. The summit temperature was -40° Celsius. 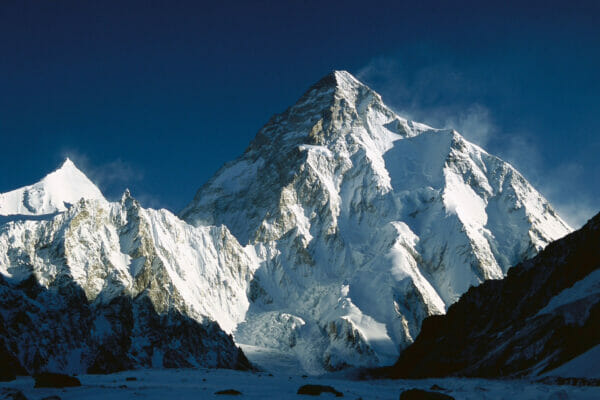 Kenton’s expedition is trackable via the link below. Follow along as he ventures up the Baltoro towards K2 basecamp and hopefully up and beyond towards the summit in the coming weeks with his team.